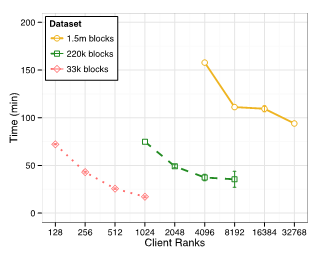 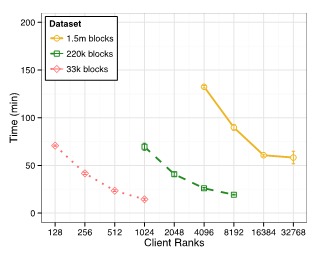 Note that as the problem size increases as well as the number of processes increases, the benefits of using Catalyst become more apparent. This is due in a large part because the computing system resources are being stretched to their limit where inefficiencies become more apparent. The workflow that ParaView's co-processing tools enables is demonstrated more fully below. 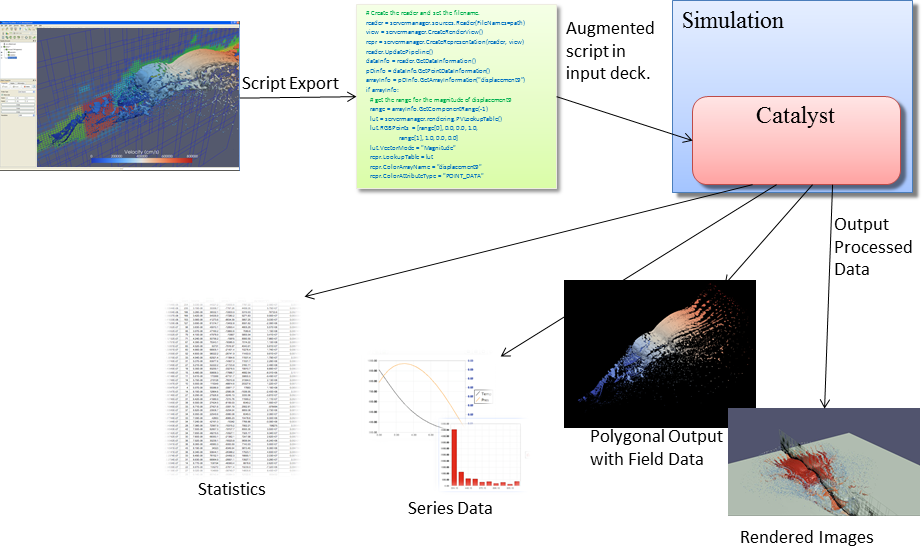