Difference between revisions of "SimpleITK/GettingStarted"

From KitwarePublic
< SimpleITK
Jump to navigationJump to search 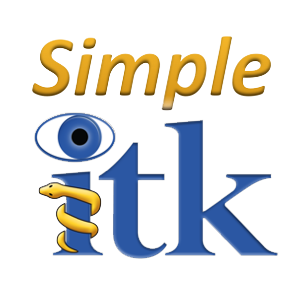 SimpleITK provides a simplified interface to ITK in a variety of languages. You can either download binaries, if they are available for your platform and prefered language, or you can build SimpleITK yourself.

After you have installed SimpleITK, please look to the Tutorial or the Doxygen pages for more information.

One of the great advantages of SimpleITK is that (typically) you do not have to build it — you can simply download the binaries and get started right away!

Use a Virtual Environment

The use of a virtual environment allows you to elegantly deal with package compatability issues, to quote The Hitchhiker’s Guide to Python!:

A Virtual Environment is a tool to keep the dependencies required by different projects in separate places, by creating virtual Python environments for them. It solves the “Project X depends on version 1.x but, Project Y needs 4.x” dilemma, and keeps your global site-packages directory clean and manageable.

Programs for creating virtual environments include virtualenv and pyvenv for generic Python distributions, conda for the anaconda distribution, and canopy_cli for the canopy distribution.

If you are working with the generic Python distribution you can install a Wheel with the lasted version of pip (>=9.0).

First thing you should do is create a virtual environment (virtualenv or pyvenv tools) and activate it.

Note: you can always manually download the wheels for your operating system and Python version directly from sourceforge.

From the command line use the pip program to install:

The pip package manager should automatically find the correct package for Microsoft Windows, Apple OS X and GNU Linux if your version and architecture are supported. If no binary package is found, then a source distribution will be downloaded and attempted to be compiled and you should look into #Build_It_Yourself.

If your pip version in the virtual environment is stale (<9.0) you need to update it (pip install -U pip).

First thing you should do is create a virtual environment (conda tool) and activate it.

Currently there are compiled binaries on Anaconda Cloud, easily installed with:

Beta and release candidate packages are also available on Anaconda cloud under the dev label:

First thing you should do is create a virtual environment (canopy_cli tool) and activate it.

Currently there are no binaries supported with this distribution. You will need to compile SimpleITK yourself. (Using pip installation may work.)

Binaries for select C# platform can be found on SimpleITK's SourceForge page. Installing the library should only involve importing the unzipped files into you C# environment. The files have the following naming convention:

Details about how to set up a C# Visual Studio project with SimpleITK can be found in the Visual Guide to SimpleITK with CSharp.

Binaries for select Java platforms can be found on SimpleITK's SourceForge page. Installation instructions are available at a visual guide to SimpleITK in Java.

The latest binaries for the current development version of SimpleITK are also generally available. Binary packages are built as part of the nightly regression testing system. The download links are available from the CDash dashboard in the "Nightly Packages" section.

Each row on the dashboard is a SimpleITK build on a particular system, and if the build was successful there will be a package icon:

which links to the packages build by the system. A user may directly download the built package from such a link.

To build SimpleITK you need:

For some environments we have short cuts, scripts, for automated building of SimpleITK (see their repository for more details):

If one of the above language specific front-ends are not used then SimpleITK must be build directly.

There are two options to obtain the SimpleITK source code:

After downloading SimpleITK's source code we STRONGLY recommend to run cmake on the SuperBuild subdirectory of SimpleITK. Execute the following commands in the parent of the SimpleITK source directory to configure the SuperBuild:

The SuperBuild will automatically download and build the matching version of ITK and SWIG needed to compile SimpleITK. Additionally, it will set recommended compilation flags to minimize the size of the library and enable support for large libraries. This is the recommended way to build SimpleITK and is easiest.

The cmake configuration process should automatically find supported languages and enable SimpleITK wrapping for them. To manually enable a language toggle the appropriate WRAP_LANGUAGE cmake variable to ON. Verify and/or correct the advanced cmake variables to the language specific executable, libraries and include directories. For example if you have multiple Python installations ensure that all related Python variable refer to the same versions.

Then use your make utility or your cmake chosen build utility to build SimpleITK.

SimpleITK takes a while to build. Some tips and tricks to speed up development time are listed here.

This is not the recommended way of building SimpleITK, but it can be useful if you want to use a system version of ITK, etc. , or if you do not want to (or can not) use git.

SimpleITK is aware of the enabled and disabled ITK Modules. It is possible to customize SimpleITK by disabling unneeded ITK modules or to extend SimpleITK by writing custom json file dependent an ITK Remote Modules being enabled.

Additionally, each of the Examples directory, and each of the Wrapping subdirectories can be configured as independent CMake project dependent on an installed SimpleITK.

A visual guide to building SimpleITK on Linux

After compilation the prudent thing to due is to test SimpleITK to ensure your build is stable and suitable for installation and use. The following commands execute the SimpleITK tests.

On Windows you will need to specify configuration. Typically that would be the Release configuration, as such:

To install a built python package into the system Python, as root run:

Alternatively, a Python virtual environment can be created and the distribution installed there.

A Python Wheel file (.whl) can be created in the "Wrapping/Python/dist" directory, by building the "dist" target. If you have used the Superbuild with the "make" generator then issue the following command:

To install a built R package:

This will install the R package "SimpleITK" in /usr/local as root or your local R installation directory.

If you are working in a multi-user environment, and are considerate of your fellow users you can install the package in a local directory:

SimpleITK has a built in function, "itk::simple::Show()", which can be used for viewing images in an interactive session. Currently, this function by default Show invokes Fiji then ImageJ to display images. ImageJ was chosen because it can handle all the image types that SimpleITK supports, even 3D vector images with n components.

If ImageJ is used then we recommend downloading a recent version of ImageJ from the official home page. Recent versions come with support for the Nifti ( *.nii ) file format, which SimpleITK uses to export to ImageJ.

Note: Linux installation requires an additional step. The "Show" function searches for an executable named ImageJ or imagej, however the default tarball does not come with this file. Instead it comes with a file names script. This file contains the installation instructions. In short the file should be renamed to "imagej" and the site specific variables for the installation location, and java must be set. Also consider the "newwindow" variable... Do you really want a new instance of ImageJ launched each time you use Show? Lastly, as the installation instructions indicate, the imagej wrapper should be in your path.

If you are using python, ipython with Jupyter is terrific environment to perform interactive computing for image processing. With the addition of numpy and scipy, you'll have a powerful interactive environment.

We have instructional SimpleITK Jupyter Notebooks which can help you get started.