Eclipse IDE is an IDE written in Java that was initially used for developing java programs. Eclipse is also a "Rich Client Platform" on which almost any type of application can be built. One such project is the "C/C++ Development Tools" or CDT. The home page is here.

There is also an Eclipse/CDT distribution for Windows that specifically includes MinGW/MSys/JRE/CDT. The home page is here.

There is an editor plug-in for Eclipse available that will do syntax coloring, and in-editor CMake command documentation : CMake Editor.

Eclipse CDT works better if the build files are somewhere in project directory such as a subdirectory (for example 'Build').

In a terminal program "cd" into the top level of your project directory ideally where your CMakeLists.txt file resides. Create a directory called "Build". cd into Build and then run 'ccmake' or 'cmake' using the parent directory as the target for cmake. So, for example if we have a project called "MyProject" located in /Users/mike/Projects, then the terminal commands would look like the following: 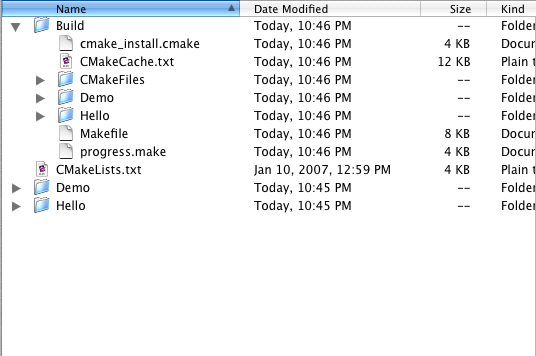 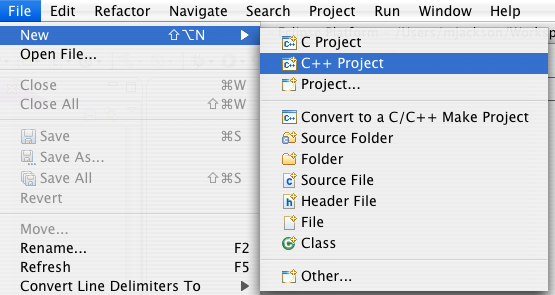 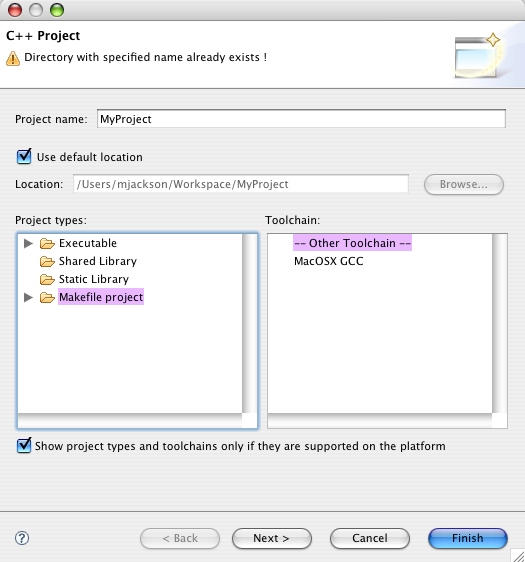 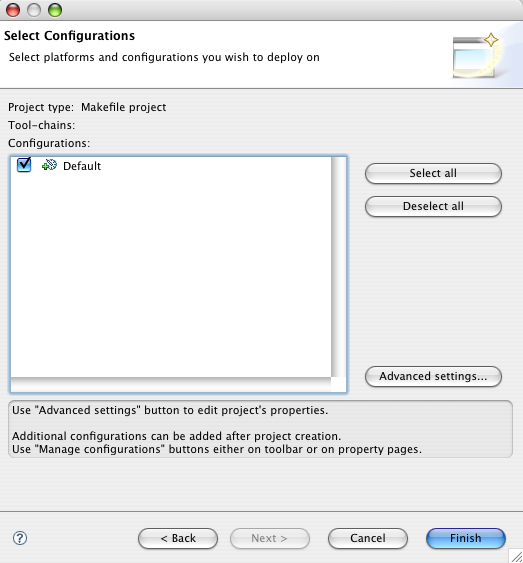 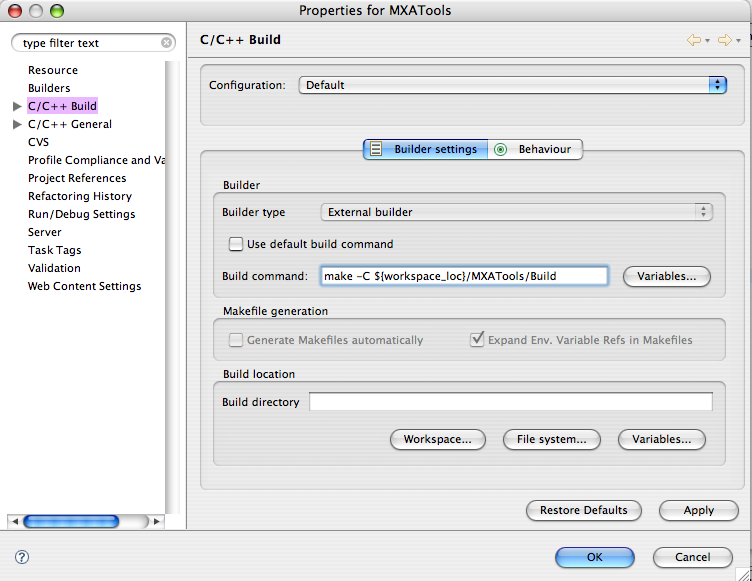 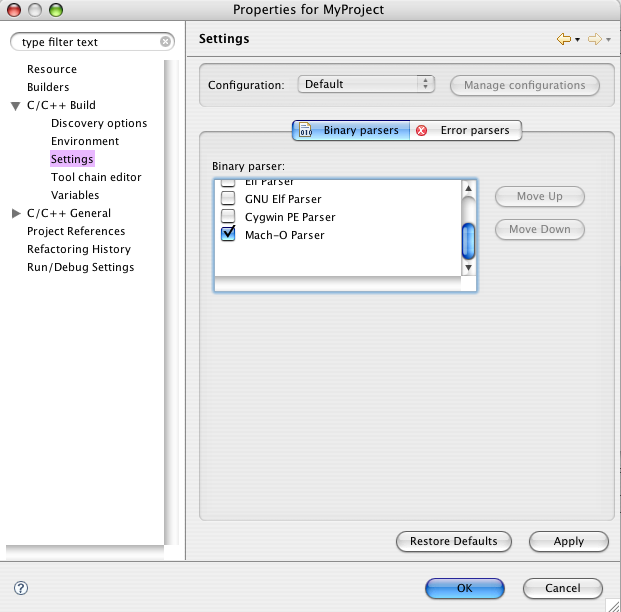 Creating an External Tool
To do this select the "Run->External Tools->Show External Tools Dialog..." menu.
Create a new "Program" and call it Cmake.
In the "Location" text field, type the absolute path to cmake (/usr/local/bin/cmake).
In the "Working Directory" test field insert the following: "${project_loc}/Build" and in the Arguments section insert the following: "../".
In the "Refresh" tab select The project containing the selected resources.
In the "Common" tab check the "External Tools" selection.
This will put a shortcut in the "Run" menu for you.
Click the Apply Button and then run.
CMake will now run on your project directory.

Eclipse has a mechanism in place to 'Discover' these locations. The mechanism works by parsing the compiler invocation looking for "-I" arguments then adds these directories to the list of include paths to index. In order for this discovery process to work you need to build your project at least once with the CMAKE_VERBOSE_MAKEFILE to true either by setting the variable in your CMakeLists.txt file
SET(CMAKE_VERBOSE_MAKEFILE ON)
OR
by setting the "make" command to the following:
make -C ${project_loc}/Build VERBOSE=1