You establish connections between the independent programs that make up parallel ParaView from within the client’s user interface. The user interface even allows you to spawn the external programs and then automatically connect to them. Once you specify the information that ParaView needs to connect or spawn and connect to the server components, ParaView saves it to make it easy to reuse the same server configuration at a later time. Some visualization centers provide predefined configurations, which makes it trivial to connect to a server that is tailored to that center by simply choosing one from a list in ParaView's GUI.

The Choose Server dialog shown in Figure 12.8 is the starting point for making and using server configurations. The Connect entry on ParaView client’s File menu brings it up. The dialog shows the servers that you have previously configured. To connect to a server, click its name to select it; then click the Connect button at the bottom of the dialog box. To make changes to settings for a server, select it and click Edit Server. To remove a server from the list, select it and click Delete Server. 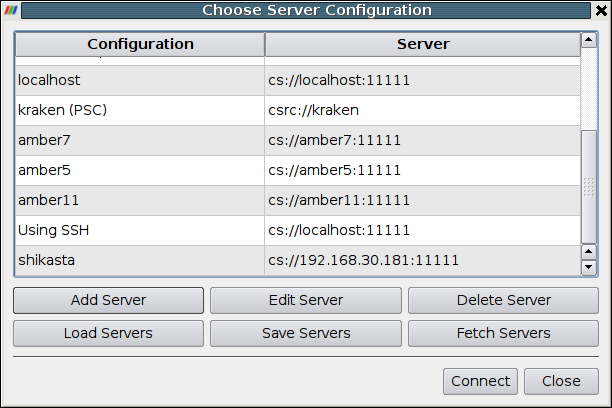 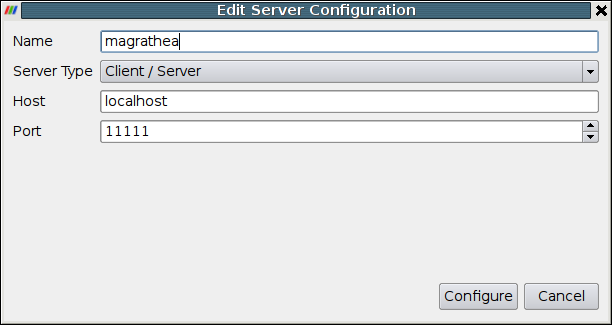 Next, select the type of connection you wish to establish from the Server Type menu. The possibilities are as follows. The “reverse connection” entries mean that the server connects to the client instead of the client connecting to the server. This may be necessary when the server is behind a firewall. Servers are usually run with multiple processes and on a machine other than where the client is running.

When all of these values have been set, click the Configure button at the bottom of the dialog. This will cause the Configure Server dialog box, shown in Figure 12.10, to appear. You must first specify the start-up type. The options are Command and Manual. Choose Manual to connect to a server that has been started or will be started externally, on the command line for instance, outside of the ParaView user interface. After selecting Manual, click the Save button at the bottom of the dialog. 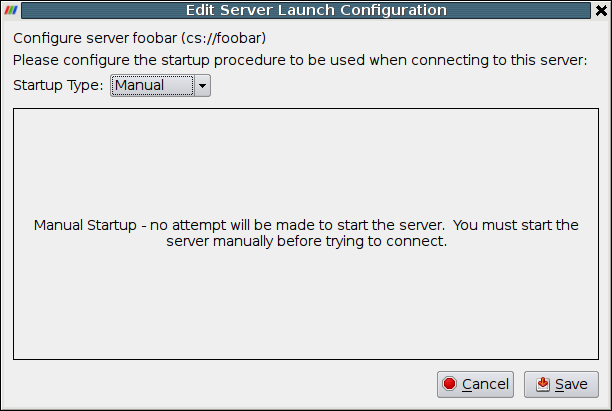 Figure 12.10 Configure the server manually. It must be started outside of ParaView

If you choose the Command option, in the text window labeled "Execute an external command to start the server:," you must give the command(s) and any arguments for starting the server. This includes commands to execute a command on a remote machine (e.g., ssh) and to run the server in parallel (e.g., mpirun). You may also specify an amount of time to wait after executing the startup command(s) and before making the connection between the client and the server(s). (See the spin box at the bottom of the dialog.) When you have finished, click the Save button at the bottom of the dialog. 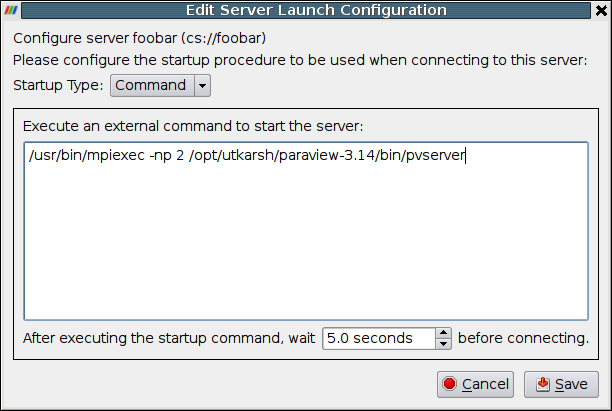 Figure 12.11 Enter a command that will launch a new server

Clicking the Save button in the Configure Server dialog will return you to the Choose Server dialog (shown earlier in this section). The server you just configured will now be in the list of servers you may choose from. Thereafter, whenever you run ParaView, you can connect to any of the servers that you have configured. You can also give the ParaView client the –-server=server_config_name command-line argument to make it automatically connect to any of the servers from the list when it starts.