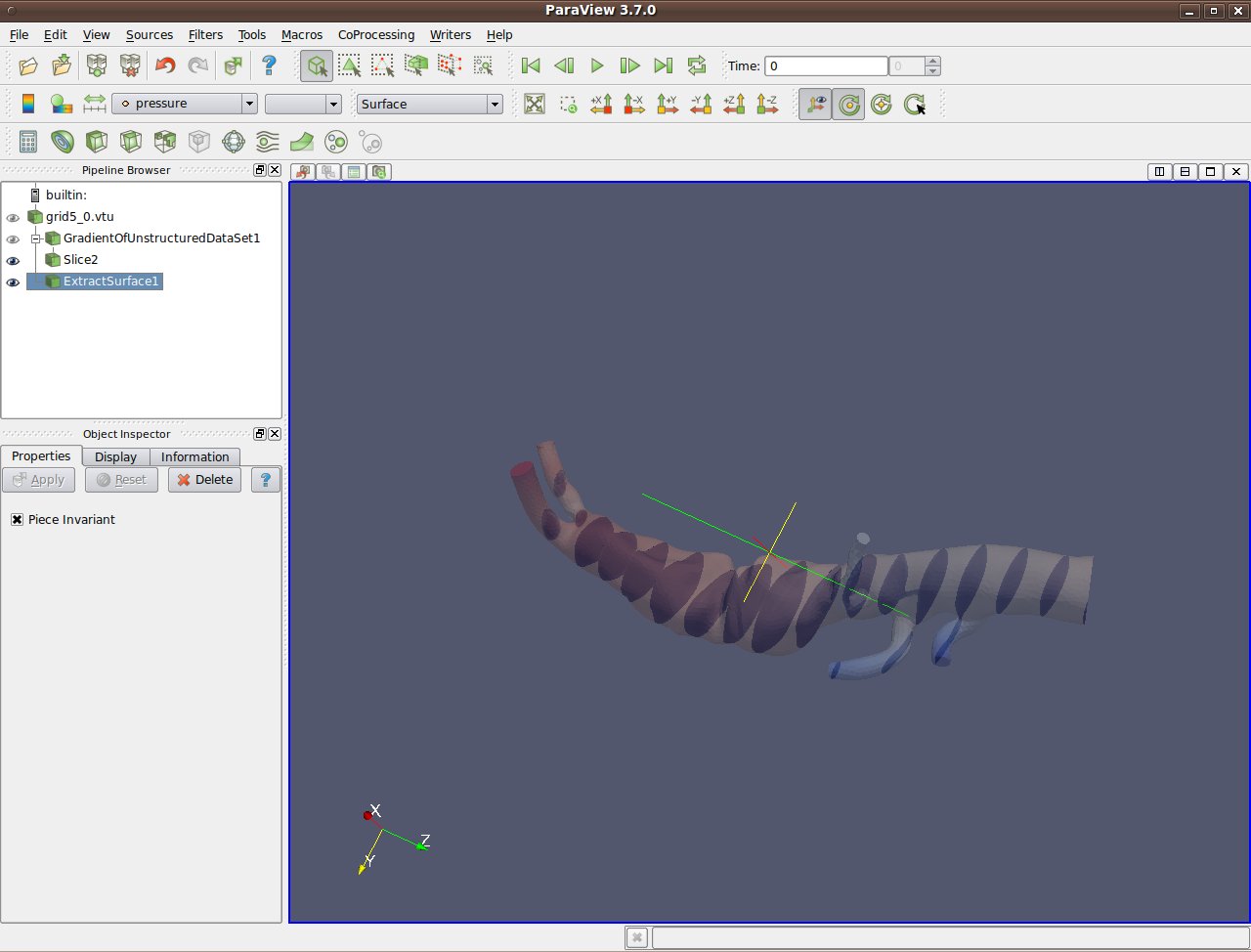 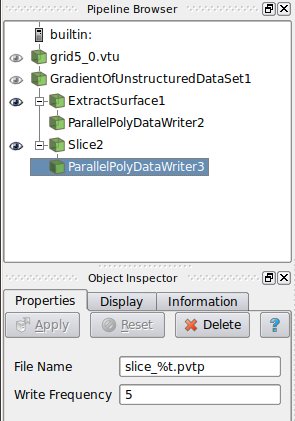 The largest amount of work in getting coprocessing working with a simulation code is usually creating the adaptor that can pass a VTK data set or composite data set with fields specified over it. Look at the code in ParaView3/CoProcessing/CoProcessor/Testing/Cxx/PythonScriptCoProcessingExample.cxx to see how the entire coprocessing works.

Once the adaptor is created, the adaptor must be called from the simulation code in a manner similar to:

The main class to interface with the coprocessing library is through vtkCPProcessor. After initializing vtkCPProcessor, most users will want to add in an instance of vtkCPPythonScriptPipeline. This class also needs to be initialized with the python script file name (advanced users can create their own but we suggest using the python script generator plugin). Upon initialization, this class sets up the python interpretor and adds the path to the file name to the system path.

If the grid is "static", i.e. the topology and as well as the geometry is constant throughout the simulation, the grid only needs to be created at the first time step or at initialization. If the grid is not static, it only needs to be updated after it changes and the coprocessor specifies that coprocessing is being performed. Either way though, the class vtkCPInputDataDescription is used to pass the description of the grids and fields defined over them to the coprocessor. This is accessed through the vtkCPDataDescription.